“You don´t know how wonderful dirt is”

James Joyce, from a conversation with Siegfried Giedion

The condition of the built environment reflects our society. The way we treat it says much about our desires, visions and ambitions. Architecture and urban design stand in an ongoing relationship with external influences and factors that define a certain epoch. The traces time and mankind leave behind are not always so easy to recognize, however: Something an inattentive eye might dismiss as a ruin or an abandoned plot may actually say a great deal about the condition and history of a place, and perhaps even foretell its future. How might such signs be made clearer, in order to thematize the material appearance of an epoch?

One possible approach lies in the artistic practices at the intersection of various disciplines, where the confrontation of different methods can contribute to productive and unexpected results. In the works by Patrick Ostrowsky the relationship between the artistic process and the surrounding space stands central, so that the resulting works are situated at the intersection between architecture and sculpture. An exploration of Ostrowsky’s works reveals not only a specific creative process inspired by the built environment, but also a method of representation that concentrates on the material aspect of places: remains, fragments and ruins. For this reason, Ostrowsky’s works may be appreciated not only for their compositional features, but also for their descriptive characteristics, as snapshots of a certain period in time.

Thus, the sculptures and wall pieces reflect the place from where they originated. Objects and fragments found on site are at once components of the works and time capsules, which contain and preserve the traces of an epoch. The resulting compositions create a reconfiguration of the place that conveys and reveals its spirit. This approach to sculpture and material is to be understood as a reaction to the notion of static perfection of the built environment and as an experimental examination of existing spatial situations.

Some works resemble actual fragments of a building, showing traces of wear and tear over time. The focus on the changeability of materials shows the potential of exposing mistakes and coincidences, which are part of the use and inherent in the production of the built environment. Materials and fragments are arranged in such a way that they can adapt to the new configuration. This process allows a certain openness that enriches the work with unexpected results. Thus, mistakes and coincidences contribute to the reflection on the existing and serve as a catalyst for something new. As viewers, we sense a fascination for these sculptures. We feel an urge to touch the ruinous patina and examine the details more closely: the changing colors, the juxtaposition of various materials.

Ostrowsky’s sculptures, originated from the material dimension of found fragments, help us to visualize the material appearance of the human and temporal agency in the built environment. The processes of transformation, appropriation or change of a place are reflected in Ostrowsky’s sculptures: their traces remain recognizable and carry on the history of a place. The changeability of materials becomes central in these sculptures, so that we are able to palpably experience a place through the medium of art. In this way, Ostrowsky’s artworks may serve as an additional or alternative representation of the condition of a place, one which bears its material and immaterial characteristics, and portrays them distinctly. Thus, by means of these sculptures, a place may be better understood or viewed differently. Is this not what art ultimately does: allow us to rediscover ordinary or everyday things in a new light? 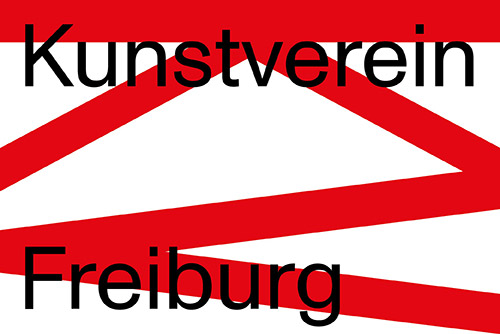